Skip to main content
This site aims to help businesses needing to apply IFRS, US GAAP or both in practice.

Most companies do not need IFRS or US GAAP.

In the European Union and many countries, companies are obligated to use the accounting standards (national GAAP) prescribed by the law.

An IFRS obligation generally arises only when a company lists its securities on a regulated capital market.

In the United States, companies are free to use whatever accounting system they choose.

A US GAAP obligation generally arises only when a company registers with the SEC or crosses the IRS threshold for accrual accounting.

This web site has been designed to serve companies that do because they:

- are subsidiaries of multinational organizations required to publish consolidated, IFRS or US GAAP financial reports.

- are preparing their accounting for the rigors associated with an initial public offering.

- are preparing their accounting so it can be presented to a suitor requiring either IFRS or US GAAP.

- are required to do so for taxation or regulatory reasons.

- have decided to apply these standards for some other good reason.

Applying IFRS or US GAAP is not easy. Not only are the standards detailed and complex, comprising tens of thousands of pages of text, but applying them requires judgment, which can take accounting professionals years of practice to develop.

And, that is only the first step. Applying IFRS or US GAAP also means dealing with auditors (on a regular basis), regulators (usually when things go awry) and courts (if the situation turns bad).

Consequently, most companies try to avoid IFRS and US GAAP until they are forced, usually because they list their securities on a capital market or are acquired by a listed company, to apply them.

For example, once one of our clients decided to apply IFRS for patriotic reasons .

As outlined in EC 1606/2002, IFRS must only be applied by consolidated entities that offer their securities on a regulated EU market. Member states are, however, allowed to extend this obligation to additional entities.

In most member states, this obligation is extended to banks, investments funds and other public interest entities. Some extend it further. One such state is The Slovak Republic.

In Slovakia, IFRS must be applied by entities that cross a revenue/asset/employee threshold.

The company in this example, crossed this threshold, but only it all of its international subsidiaries were included. It’s Slovak operations alone were well below.

We advised the company to simply relocate the consolidating entity to a different EU state that did not have this requirement. If it had done so, since it was a private company with no intention of listing on any market, it would have not had any IFRS obligation.

However, the company’s owners were proud a Slovak company had grown to become a world leader in its industry and elected to ignore this advice even though it meant additional responsibilities, a doubling of its accounting staff, a quintupling of its audit budget and a substantial bill for our services (the advice had been given at no charge).

It is not uncommon for EU based companies to apply US GAAP alongside IFRS. One reason is they prefer to list on a US capital market without the stigma attached to using the SEC IFRS exception for foreign private issuers. Another is their US subsidiary has become large enough to trigger the IRS’s accrual accounting requirement.

US based companies rarely apply IIFRS alongside US GAAP. On the other hand, it is fairly common for them to apply a national GAAP on a local basis and US GAAP for consolidation purposes.

Companies based countries outside the EU or US apply various standards. Many use national GAAP for local reporting and IFRS and/or US GAAP for international reporting either because they have a capital market listing or are required to do so for some other reasons (such as taxation in the US).

This site publishes three charts of accounts: an IFRS specific COA, a US GAAP specific COA and a universal COA.

While all three are workable, the universal COA is most versatile in practice.

Practice continues with recognition and measurement.

Rather than discussing how to do this in the abstract, this site prefers examples.

Most come from real companies, some from questions posed by visitors.

In practice, we all have questions.

Occasionally, we all need help.

Since 1994, our company has been helping train staff, set up reporting systems, reconcile various accounting standards, or deal with auditors, lawyers or regulators.

Among the businesses we have helped 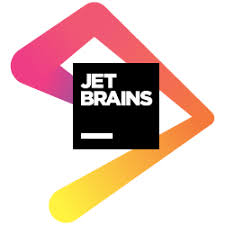